This site is dedicated to the descendants of the 15 men and boys that were murdered at Porvenir, Texas in 1918 by Texas Rangers.
Editor
Arlinda Valencia 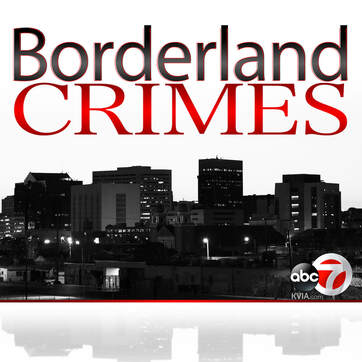 It’s hard to believe that it’s been 3 years since we had the opportunity to attend the Porvenir Massacre Centennial Remembrance at the Texas Capitol in Austin, Texas.  It was the first public recognition of the tragic event of Jan. 28, 1918 where 15 men and boys were massed murdered in cold blood by Texas Rangers, Local Ranchers and US Cavalry.

A lot has happened in 3 years, the historical marker was the first on our agenda.  I started working on getting the historical marker in the year 2000 and found out the hard way that the opposition to the marker was stronger than me, alone.   After the Centennial, I found out that Dr. Monica Muñoz Martinez and the Refusing to Forget organization was working on getting the marker also.  I immediately volunteered to help them in any way I could.  The group worked on the marker’s script and finalized it in July of 2018.  With the marker ready; plans for the unveiling began.  Unbeknownst to us, another group was planning it also and a series of battles with the Presidio Historical Society ensued (for more details click on Historical Marker link) In the end, the marker was resurrected 27 miles west of Marfa on US 90, about 0.5 miles east of Jeff Davis-Presidio county line.  Without the help of Dr. Monica Muñoz Martinez and the Refusing to Forget organization the marker would still be a distant dream.

While working on the historical marker, Dr. Monica Muñoz Martinez was also finalizing her own historical book, The Injustice Never Leaves You Anti-Mexican Violence in Texas.  In her book, she writes about the Porvenir Massacre and how it affected the lives of those who remained behind. Her research and analyses are phenomenal.  I congratulate her and recommend her book to all who want a true account on what happened on the night of January 28, 1918.

​On August 3, 2019, a mass shooting occurred at a Walmart Store in El Paso, Texas.  The gunman killed 23 innocent people just because of the color of their skin.  Immediately, the Porvenir Massacre was at the forefront once again.  Many compared the two because of the fact that the murderers feared the invasion of Hispanics.  These men that took these innocent lives were cowards!  The fact that both of these tragic events happened only 90 miles apart is very unsettling.  Porvenir was located on the border of Mexico as is El Paso.   Both were instigated by government entities.  President Donald Trump’s anti-Mexican rhetoric stirred up border tensions by accusing all Mexicans were murderers and rapists and the Texas Rangers stirred up anti-Mexican rhetoric along the border by insinuating that all Mexicans were thieves and bandits.  It is a sad that these two massacres happened in West Texas approximately 100 years a part verifying the fact that history does repeat itself.

A year later, on Oct. 20, 2019, the long awaited Porvenir, Texas documentary was first shown on PBS Voces.  It was a thrill to see it aired but I personally did not appreciate PBS moving the debut date to an earlier date.  By moving it up the documentary got absolutely no publicity.  I still don’t know why they changed the date, but I do know that it caught a lot of descendants off guard and unable to find a place to watch it.  It also did not air on all PBS stations.  In Washington state, many of the descendants haven’t seen it yet.  PBS has refused to put it on their website to view.   All other Voces documentaries are on-line and can be viewed by the public but not Porvenir, Texas.   My mind tends to wonder if PBS is trying to purposely keep this documentary hidden.

​In 2020, The Black Lives Matter protests put an emphasis on lynching’s of the past.  It drew the Porvenir Massacre back into conversations.  It also brought the Texas Rangers into the controversy about their brutal existence in the earlier days.  The controversy has sparked outcries for the renaming of the Texas Ranger baseball team, local school mascots and taking down any Texas Ranger Monuments.  It has also placed the Texas Ranger Museum and Hall of Fame in Waco, Texas under scrutiny.  Many are asking for the museum to update their exhibits to include the truth about the Porvenir Massacre and other killings.  I personally was surprised when The Texas Ranger Museum and Hall of Fame in Waco, Texas reached out to me to inform me that they are going to renovate the museum and wanted me to consider working with them to assure the accuracy and equity of the presentation.

As the 103rd Porvenir Massacre Remembrance Day ends, we have to bear in mind that our journey is not over.  We must all continue to speak out against injustice!  We must speak out when it happens not only to our family and friends but to strangers, too.  Until the day they lay me to rest, I will speak up for our ancestors who died a horrific death.  I will speak to whoever wants to hear about it because we cannot let this story disappear for another 100 yrs.  It’s up to all of us to do what’s right!