The season concluded with "Porvenir, Texas," an investigation into the tragic 1918 murder of 15 Mexican men in the tiny Texas border town of Porvenir.

For those who haven't seen the documentary please enjoy it by clicking on the link below.
Amazon Prime Video 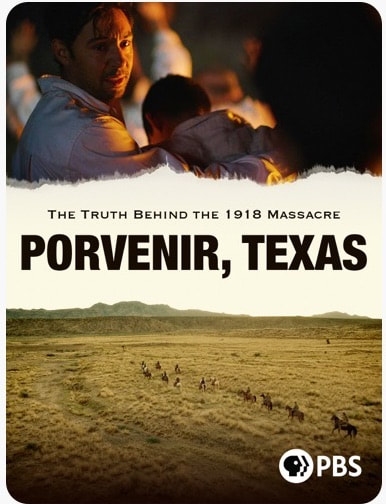 There once was a village called Porvenir
Where fifteen men stood by each other in fear.
The Texas Rangers all pointed their guns
There was no place to hide and nowhere to run.

They paid for the crimes of those ranger’s greed.
They got what they wanted, with one bloody deed
These innocent men were shot on that day
Taken from their homes, now dead they all laid.

They were taken away in the silence of night.
Marched to their death with no judge in sight.
“We are nothing but sons and fathers” they said,
But hate... colored the night in red, in red.

There once was a village called Porvenir
Porvenir, Texas Encore Presentations